No items found.
Product is not available in this quantity.
⌄

Album Out May 28th 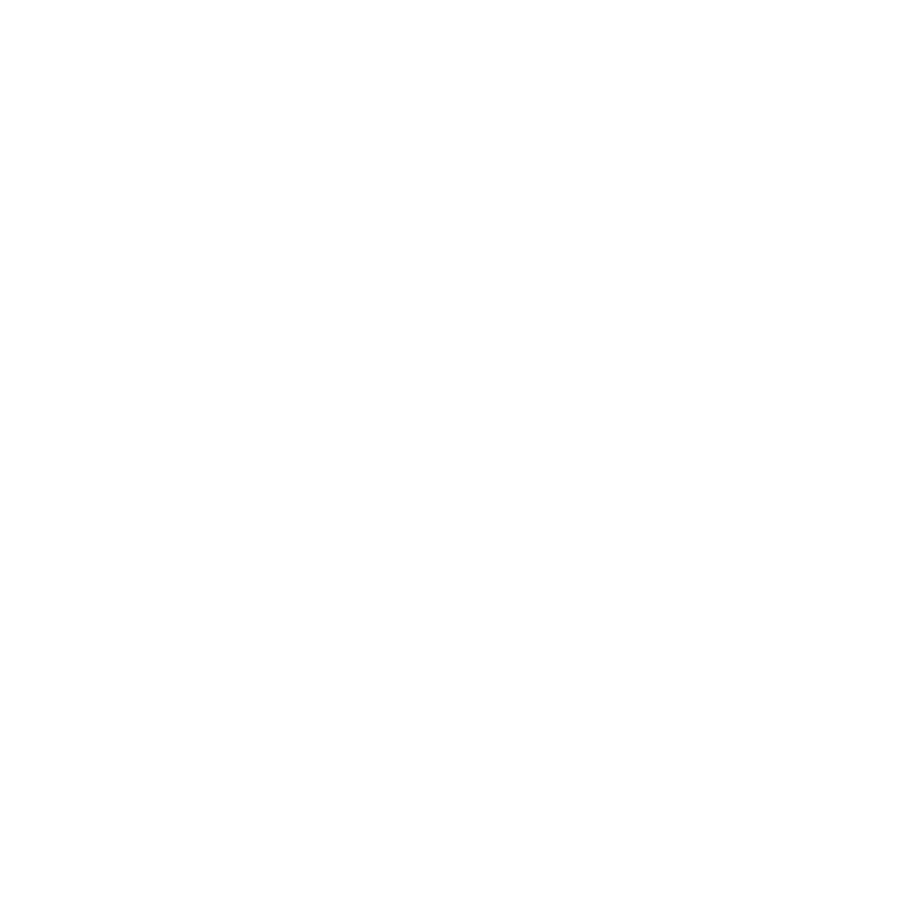 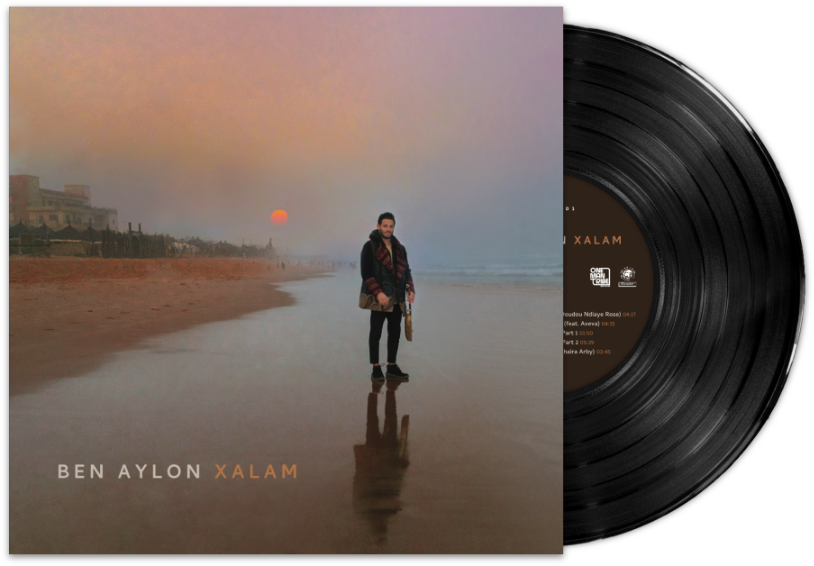 $ 30.00
This product is out of stock.
Product is not available in this quantity. 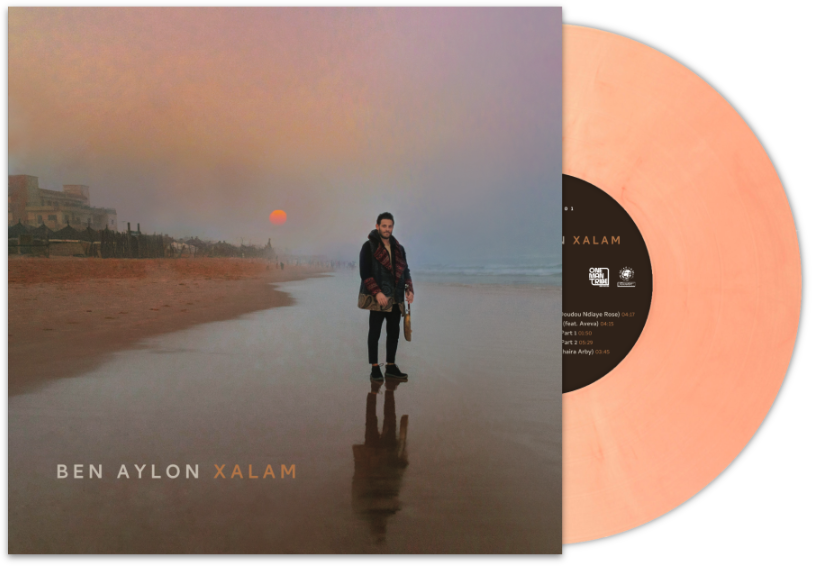 $ 35.00
This product is out of stock.
Product is not available in this quantity. 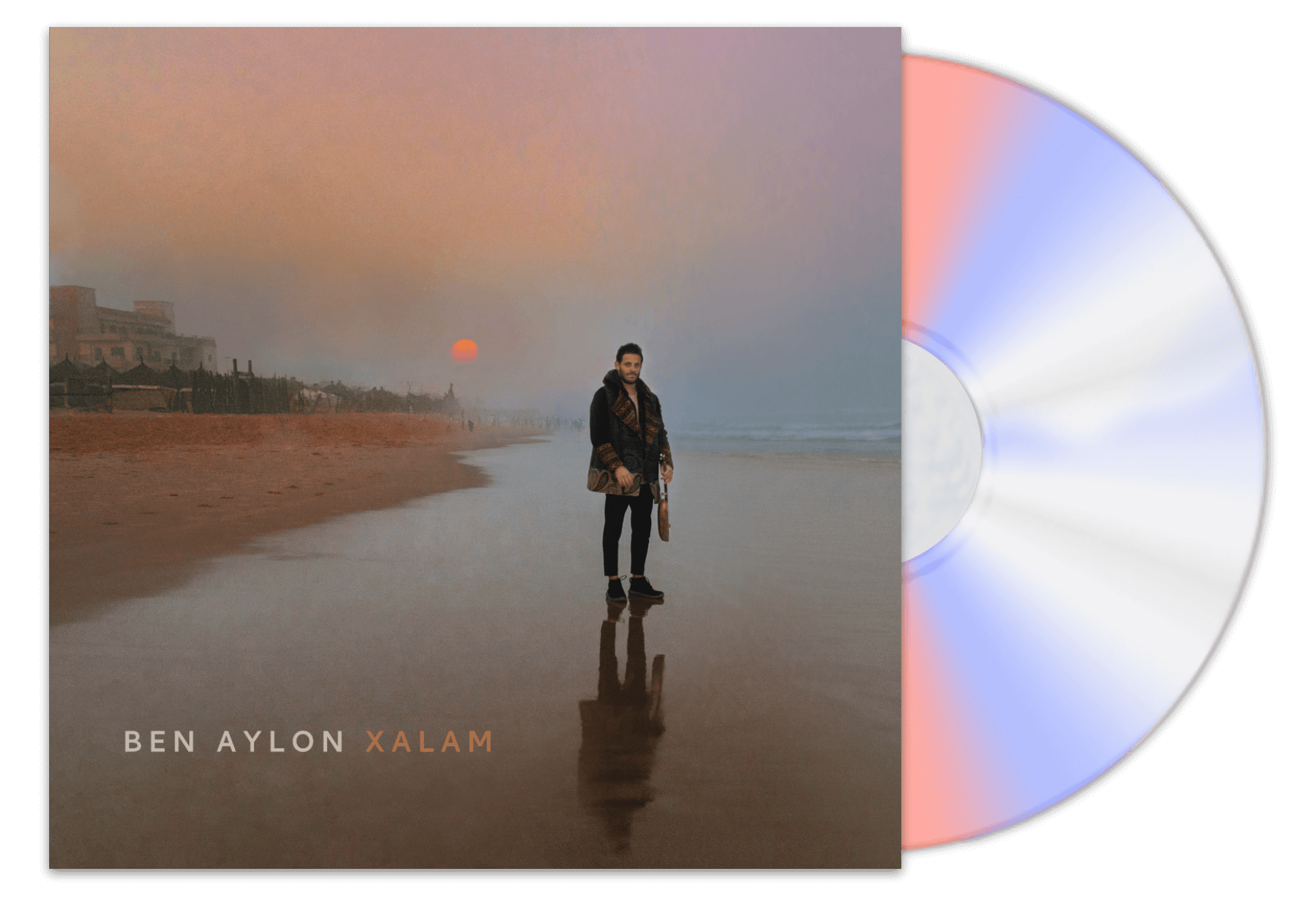 $ 15.00
This product is out of stock.
Product is not available in this quantity.

"
Thank you for doing the promotion of Senegal
"
-
Youssou Ndour
"
We like what you are doing, it is just crazy...
"
-
Beijou, Yeewuleen, Senegal
"
Ben Aylon, an ace of Senegalese Rhythms
"
-
Le Soleil, Senegal
"
Ben even dazzles the Africans!
"
-
Enquête, Senegal

The STory Behind the Album

In January 2020, drummer virtuoso Ben Aylon gained national recognition in Senegal after being featured on popular Senegalese TV shows and performing his mesmerizing solo gigs around the country’s capital Dakar. His widespread popularity has brought him together with the legendary Youssou N’Dour and enabled his many musical collaborations with artists including Cheikh Lô, Omar Pene, Awadi and Doudou Ndiaye Rose.

Born in the city of Herzliya in Israel, Ben has been traveling to West Africa since 2008, researching Senegalese sabar drumming, as well as collaborating with local musicians and performing his drum solo project - One Man Tribe. For several years he studied with Aly Ndiaye Rose, son of the great Doudou Ndiaye Rose, the recognized modern master of Senegal’s traditional drum, the sabar. During this time, Ben developed his signature hybrid drumming technique which consists of playing a set of ten different African drums simultaneously, creating a massive sound like a tribe of drummers. This revolutionary approach to the family’s drumming style duly gained the respect of Doudou Ndiaye Rose, whom he met in 2013 when the first recording on this album took place. The spellbinding opening track ‘Xalam’ was recorded at the studio of popular Dakar rapper Didier Awadi, and sees Ben perform with Doudou Ndiaye Rose, alongside additional drumming accompaniment by Doudou’s sons.
‍
The xalam (pronounced khalam) is one of the oldest string instruments of West Africa with its origins in the region of the old Malian empire. The sound of the phrase “xalam” is identical to the route of the word “dream” in the Hebrew language (ח.ל.מ) and provides a fitting title for the album, as Ben showcases his xalam/djeli ngoni playing to beautiful effect on these tracks. Inspired by the great ngoni player Bassekou Kouyate, Ben has harnessed the creative potential of the xalam to create a melodic as well as percussive soundtrack for his travels on this album.

Two of the tracks ’Alafia’ and ‘Jonibenina’ feature the captivating vocals of two of Mali’s most renowned female singers, Amy Sacko, and the late, great Khaira Arby. It was whilst touring Europe that Ben recorded these tracks in improvised hotel room settings, using lamps as microphone stands and the beds and sheets for acoustic control. The recording with Khaira Arby took place in Worms, Germany in the summer of 2015, and in the words of Ben, “her rough, one-of-a-kind voice shook the walls of the historic building on which the hotel was built.” Two years later he recorded Amy Sacko at the foot of the Rock of Gibraltar while viewing Morocco’s mountains on the horizon. Both sessions were organized and made possible by Norbert Hausen, Bassekou Kouyate’s manager.

Completing the trio of songs which feature wonderful female vocalists, Ben recorded the track ‘Hulem Belibe’ in 2018 with Aveva, a rising Israeli-Ethiopian singer. This heartfelt collaboration stretches a cord between West and East Africa, taking the listener on a trip through Ethiopia’s mountains to the Sahara Desert.
‍
Many years in the making, Ben produced this album to reflect his musical vision and journey to date, always respecting tradition whilst at the same time innovating and elevating the music and instruments of Mali and Senegal into a fresh contemporary setting. Coming from Israel, a country with its own melting pot of traditions, Ben naturally developed a sense of how to absorb the essence of the different music styles he encountered. His intention for the album was that the listener “can experience the direct influences of rhythms from Senegal, Takamba (ceremonial music) from Gao, and warm analog effects, all filtered through a Middle Eastern temperament.”
‍
Sadly, Doudou Ndiaye Rose and Khaira Arby have left us since the recordings, both passing away on Ben’s birth date of August 19th which Ben emotionally describes as ”a unique sign which puts the album’s whole creation under a spiritual light, giving the listeners unreleased music by these two musical legends.”

Oops! Something went wrong while submitting the form.